Skip to Content
Home Blog kitchen Knives Japanese Fish Skinning Knife: Will You Be Confused When Cleaning Fish Again?
by 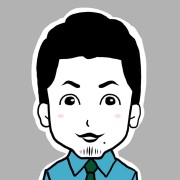 You use a sashimi knife for skinning fish.

There are many different kinds of sashimi knives.

Your first choice will be yanagiba knife because it has the most useful shape for skinning fish.

Can I use my regular knife to skin fish?

Well, you can, but it is way harder than using a sashimi knife.

And it is kind of fun to collect different shapes of knives.

2. This is how to skin fish

So you can avoid your hand touching the cutting board.

If you put the fish in the center of the cutting board, it is very difficult to skin the fish.

2. Start skinning from the thinner side.

Usually you should skin from the tail side of the meat.

The meat on the tail side is narrower and thinner.

You can’t skin fish without a spot that you hold and you can’t make the spot into sashimi.

So starting from there, you can avoid wastage.

But leave the skin.

4. Your knife should be touching tightly on the cutting board.

If your knife lifts from the cutting board,

You might accidentally cut the fish skin in the middle, or leave the meat on the skin.

5. Hold the skin using the left hand and start skinning

You need to use the part of the knife that is close to the tip.

This part of the knife is thin so you can prevent the meat from being broken.

6. Move the knife and left hand front to back

When you skin the fish, move your knife from front to back and back to front.

You also need to move your left hand the same way.

But when you move the knife to the front, you need to move your left hand to the back.

3. What is a sashimi knife for?

Sashimi knives are good at slicing.

The cut can be really beautiful and fresh.

Sashimi that you slice with a sashimi knife tastes really good.

The length depends on the size of the fish.

1. You use a sashimi knife after using a deba knife

Usually, you start using a sashimi knife when you remove the fish rib.

You use a deba knife to cut the head off and separate the meat from the spine and the tail.

And then it is time to use a sashimi knife.

It can reach the narrow space between bone and meat.

So you can easily remove rib bones and you can remove skin easily.

It is also long,

That means you can slice the fish with one move.

You can avoid using a knife like a saw.

So the cut of the slice will look beautiful.

A single edged knife is designed for Japanese food.

A knife that has a single edge looks like this picture.

Only one side is sharpened.

And it makes the kitchen knife really keen.

It works really well when you slice soft things like sashimi.

The cut looks fresh and beautiful.

But you need to adjust the angle and way of slicing if you are already familiar with the regular Western-style knives.

If you are left-handed, you need to have a sashimi knife that is for left-handed people.

Because the side of the edge must be opposite to the one for right-handed people.

3. There are 3 kinds of sashimi knives

The Yanagiba knife is the most standard type of sashimi knife.

The blade has a lenient curve.

So it is easy to slice sashimi.

The reason why it is called yanagiba is…

It has the shape of a willow leaf.

The tip is pointed and sharp.

So it makes it easier to do some precise work like making decorations.

Or cutting a small snitch on the slice of sashimi.

It can do a lot of work and this is the reason why yanagiba knives are popular.

It is the easiest to sharpen out of all the sashimi knives.

Again, it has a pointed tip.

But it has replaced other sashimi knives all over Japan.

The biggest difference between takohiki and yanagiba is the shape of the tip.

The tip of the takohiki knife is square.

It is not pointy.

And the blade of the takohiki knife is straight.

Do you know what this means?

This shape can cut a large length.

So a takohiki knife is good for making blocks out of a big fish.

The blade is slightly thinner than a yanagiba knife,

So it is good for soft red meat fish like tuna.

Takohiki knives were used in the East of Japan.

But recently, it has been replaced by yanagiba knives.

The shape of a fuguhiki knife is similar to a Yanagiba knife.

It has a pointy tip, and a curved blade.

However, the curve is a bit gentle.

Out of three sashimi knives that I talked about,

A fuguhiki knife is the thinnest.

This sashimi knife is good for fish that has tough white meat.

People use a fuguhiki knife for…

4. How to pick a Japanese fish-skinning knife

1. Pick the knife without a bend

You should pick a sashimi knife that has a straight blade.

Look from the handle and make sure the edge and spine are straight.

2. The knife you think it fits in your hand

You should touch the knives at a store.

There are a lot of knives that have the same shape, structure in a similar price range.

But when you hold some of them, you can tell that they really fit in your hand.

The first impression is always right.

Get the brand that your head chef uses.

Talk to your head chef and he or she will recommend the knife that matches your skill.

There are many kinds of sashimi knives that are made with different materials.

Sharpness of the knife depends on your sharpening skills.

How long the sharpness lasts.

It depends on the materials. Harder lasts a longer time and softer lasts shorter.

These are materials by hardness.

If you are a professional chef, you use your sashimi knife a lot.

In that case, you want to have a harder sashimi knife to keep your knife sharp.

2. I recommend shiro kou material the most

It is a tiny difference but it tastes different from the sashimi that is sliced by a stainless knife.

Shirokou knives are not pricey.

And this material is relatively softer than honyaki and aokou, so it is easy to sharpen.

Because what sharpening really means is shaping the blade.

Because it doesn’t rust.

It conflicts with what I said above.

But it is a fact that stainless steel knives are easy to take care of.

In addition, it is the cheapest material.

And easy to sharpen too.

It is great for homecooks.

It is pricier and difficult to sharpen since it is a hard material.

5. I don’t recommend honyaki either

Honyaki is the hardest material.

So sharpness lasts the longest.

It is pricey and difficult to sharpen too.

The blade chips the most out of these four.

And being hard means it chips easily when you cut hard food.

For that reason, you don’t want to have a honyaki deba knife.